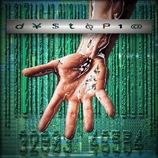 I was really excited when I found out Lenore was devoting a WHOLE MONTH to reading dystopian fiction. I have been a fan of this genre/subgenre for a really long time. Oddly, I never realized that a lot of dystopian fiction can be classified as science fiction. Over the years I have always struggled to find more titles to satisfy my desires. But dystopian is trendy right now and there are also some great lists of dystopian fiction out there. It has been great finding other people around the blogosphere with the same interests as me. I think Lenore agrees with that because when I asked to interview her about dystopian fiction she didn’t hesitate to agree! And now, may I present Lenore!

What was the first piece of dystopian fiction that really impacted you and why?

Well, some of the dystopian fiction I’ve read, such as THE HANDMAID’S TALE or 1984, I read long before I was conscious that I was reading “dystopian fiction”. I just thought of them as really great novels.

I guess the book that made me actively seek out other dystopian fiction was NEVER LET ME GO. A friend put it in my hands shortly after it came out and told me it was a must read. I was enthralled. After that, I had to have more! 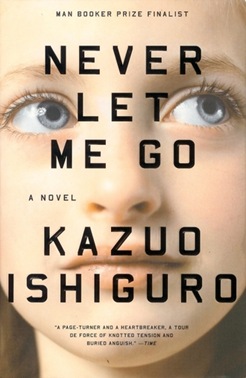 Why were you originally drawn to dystopian fiction?

Before I even knew dystopian fiction as a category, I was reading a lot of sci-fi recommended by my father. I noticed I liked stories that pictured a future Earth the most…and, well, a happy future Earth doesn’t make the most exciting story does it?


Why did you decide to devote a whole month to this kind of fiction on your blog?

My TBR pile is huge and I thought it might be less overwhelming to add some structure via themed reading. I realized I had a huge pile of dystopian fiction I was excited about (about 20 books) and thought February would be the perfect month to do it. It’s always so dark and dreary in Frankfurt in February.


Is there a type of dystopian story you enjoy most?

Anything really high concept with an original premise grabs me. But most satisfying to me as a reader are the novels that really dig deep into their themes and are thought provoking.


Why do you think dystopic themes are relevant in modern society?

You know, a lot of people aren’t political. Look at how many people don’t even bother to exercise their right to vote. Maybe those people who instinctively shy away from having deep real life political discussions are able to discuss those themes in a fictional context. And that’s certainly better than not at all.

What book are you looking forward to reading the most this month?

I am keeping my fingers crossed that Justin Cronin’s THE PASSAGE will make it to me by the end of the month. *squeal* I also can’t wait to dig into INCARCERON. I’ve heard such great things about it, that I bought the sequel SAPPHIQUE just in case.

What book have you enjoyed the most so far?

That’s a toss up between Jasper Fforde’s SHADES OF GREY and the 2nd book of Patrick Ness’ Chaos Walking Trilogy THE ASK AND THE ANSWER. Both authors deftly explore weighty themes with fully formed characters and engaging plot.

Why do you think that dystopia will be an enduring element of fiction?

I can imagine a scenario where someone makes a time capsule of a good canon of dystopian novels and buries it underground. In a couple of hundred years, after some earth-whipping catastrophe, a new society of survivors forms. After a couple of generations, some plucky teen heroine uncovers the dystopian novels (now the only literature on the planet) and tries to piece together what society used to be like. Probably figures she doesn’t have it too bad after all!

Thanks to Lenore for participating in this interview and highlighting dystopian fiction on her blog.