Do You Know What Today Is?

So, I slept HORRIBLY last night. It just wasn’t good at all. Me and my two daughters were both up before sunrise and anyone who knows me understand that there is something seriously wrong with this situation. I am blaming the lack of worthwhile sleep on the fact that I did forget what day it was. Not the day exactly, but the DATE. Because what is today? February 10th, 2009?

THE RELEASE DATE OF FADE

So, you may have heard me mention Wake

one or two times previously, considering IT WAS MY BEST YA BOOK OF 2008. (You seriously NEED to read it. SERIOUSLY!) Since the moment I closed that back cover I have been waiting, and waiting, for this day. And it is here, and I am happy. (Well, not here at my house, but yeah, maybe someday, maybe someday soon, maybe not.)

You want to know who else likely is pretty happy? LISA McMANN! The ever wonderful author of these book. She wrote the first draft of Wake over 7 days, making her my current author hero to emulate as soon as possible! (She looks pretty happy in that photo, too. I really love this picture of her!)

In honor of this wonderful occasion, I am blatantly stealing Lisa’s 25 random things about MY boyfriend, Cabel Strumheller. (From Facebook)

I give you a glimpse behind the scenes of Cabel Strumheller, book character extraordinaire.

25 Random Things about Cabe:
1. Sometimes, when I think about my mom, I can’t really remember what she looks like. I hate that.
2. I feel kind of guilty that I don’t think about her much at all, and then I wonder if she ever thinks about me. Probably not.
3. When I was in the hospital, I read a lot. Like, everything on the book cart. Even the Judy Blume stuff, which wasn’t too bad, actually.
4. I hate mowing the grass, especially the back yard behind the shed. My heart always pounds a little, like something’s going to jump out at me, even though I know it won’t. You know what I mean?
5. When I’m at school, I usually feel like I’m acting. Most people there have never seen the real me.
6. Sometimes I miss living with my brother Charlie. Back when it was just the two of us, I mean. After dad, but before Megan came into the picture, even though she’s totally cool and I like her a lot.
7. But if I think about it, I really do like being alone sometimes...I like that quiet house creakiness right before I fall asleep.
8. I like the sound of Janie breathing even better, all quiet and smooth, when she’s just falling asleep.
9. I’ve always wanted a pet. A dog, probably. But I really get scared sometimes that I wouldn’t be around enough for it. That I’d let it down and it would be all lonely ‘n shit. There’s enough of that in the world.
10. After I met Janie and figured her out a little, I started watching The X-Files reruns. She’s not so strange after all, you know? Compared to that, I mean.
11. I would totally never do a Facebook page unless I had to for work. I mean, what’s the point? It would just be acting all over again. That gets a little tiring.
12. Unless Janie signed up too.
13. Which she totally wouldn’t.
14. Hell, though...I dunno. She might, now that I think of it. Just so she could spy on people.
15. You know, that’s not a bad idea...
16. Changing the subject: my favorite color is green. Not like Kelly green or grass green or that disgusting mint color that reminds me of old people and babies. More like the color of dried herbs. Sage green. That’s it.
17. Sometimes after dark I get the board out. There’s a skate park by the school. I’m pretty good, still.
18. I really freaking hope I can keep this car forever.
19. I have no idea what to think of Janie’s mother. She is the strangest person I’ve seen, and believe me, I know some strange people.
20. I can’t stand it when I don’t know what’s going on.
21. I enjoy reading the news. I also like knowing a lot of random shit. It amuses me to see people’s reactions.
22. That time when Janie hit me in the gut with the door handle after the dance? I almost didn’t follow her. I mean, god. Who would follow a girl like that?
23. I know, I know. Me.
24. I really like to cook, and if anybody wants to give me shit about that, I’ll f*cking punch their lights out. Cooking’s dope. It’s like getting a chemistry formula right or putting a car together. Recipes, instructions, formulas...it’s all the same.
25. Some people think guys like me don’t exist. That’s a lie. Don’t believe it. I’m right here. We’re everywhere. The quiet ones. If you can look away from the shiny for a minute, you’ll see us.

------
Now before you go stealing my boyfriend, just remember I had him first. I don’t care how many copies of Wake and Fade you go and buy (yes, they make great gifts!) he was mine first! So, hands off ladies, and gentlemen of that persuasion! Or not. He could make straight men swoon, I don’t really know. 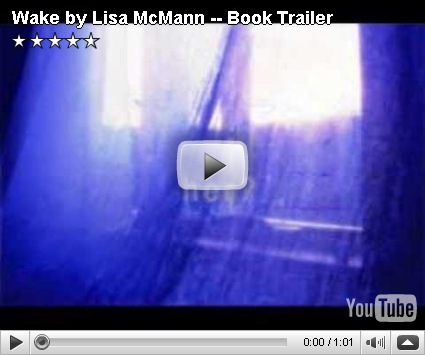