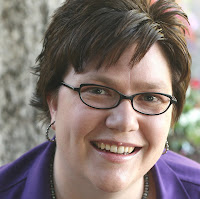 It has been over a year since I first met Elana Johnson. It was one of the most exciting author meetings I have ever had! I think because it took me by surprise. When you go to a book event you know the authors who are going to be there. But Elana was attending an event and I had no idea she was going to be there. I remember my hands shaking while holding an ARC of Possession. I loved the cover so much (and still do)! I think this will always be one of my favorite book related memories. The cover was so striking and appeals to my personal aesthetics, on the front of dystopian book, written by a Utah author.

I talked with Elana once about the pressure of reviewing a book by an author you have met and feel friendly with. I know I am not the only blogger who feels an obligation to give a better review because an author is overwhelmingly awesome, but a person are not the words on the page. Though they are intimately entwined they are not synonymous. But this pressure had me concerned about reading Possession even though I knew my gut was telling me I was going to love it. 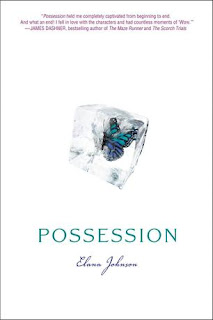 I remember Elana saying she had been inspired by the Uglies series when she decided to start writing Possession.  I think this sets up an interesting comparison and dynamic when reading the book. I couldn't help but thinking that though I enjoyed the books in the Uglies series, Possession was definitely better.  It may seem odd to say this but I could definitely see the influence of Westerfeld on Elana's writing but definitely not in a bad way.

I also loved the dichotomy of the Goodies and the Baddies. It set up a nice dynamic in the psychology of the main character, Vi. Vi lives in a society that is openly brainwashed and she doesn't exactly love it but she is also semi accepting of her place in it. I liked reading this book from Vi's perspective. Her voice added a unique level to the book that made it different from some of the other dystopian books I had read. Also, the concept of Goodies and Baddies felt very reminiscent of 1984, but not in an overbearing way that hasn't work for me with other books.

When I am reading a dystopia I definitely find that I question the world more than the characters. I want to know why the world is the way it is, but the characters take quite a bit longer to get to the same curiosity level. I think this tension only adds to the effectiveness of a dystopian novel. And it takes a quarter of the book until Vi flat out thinks, "I imagined what life would be like without rules, without a taunting voice inside my head, without scanners and readers in every doorway." When the character gets to this point of voicing their concern I always turn their thoughts onto my own life. What would my life be like the a taunting voice inside my head? How would I feel about a life without rules? I think the voice probably wouldn't taunt me because I like my rules and following them and being a good girl! But I also think that this kind of inner monologue is essential to the influence and effect of a dystopian novel.  Without the questioning about my current place in the world and the possible futures a dystopian work isn't successful for me.

Possession was a very confusing book. This was both an asset and a drawback. I never knew what was coming next, I sometimes didn't even know what was happening now. In the end I think it may have had one or two too many twists for me. As readers we can be very hard on books, we are annoyed when they are too predictable but also similarly annoyed if they take us too much by surprise. Possession definitely left me wanting to read the next book in the series. 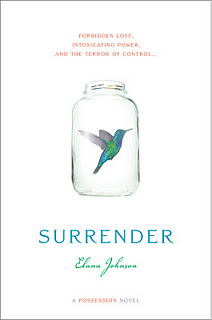 The next book Surrender will be out June 5th and I am definitely looking forward to reading it. The cover is also very striking. I really love the white space on both of the covers. Though butterflies are particularly special to me, so this one doesn't have the same DEPTH of adoration as I had with Possession.

Though I just found out that both covers have gotten redesigned and I don't like them anywhere near as much. So in protest I have the OLD cover of Surrender up to the left.

Elana said on her blog that she likes the new typeface of the titles on the book and I will say I agree with her there. But I LOVE the white covers. They totally work for me. I actually specifically said that about the covers to Elana when we first met. But I guess they weren't received as well by others.

I really thought the white covers would stand out in a sea of various colored covers on the shelves at the store.

If you have any thoughts about the covers I would love to hear them. Or the books in general! I have been looking over a few reviews before I finished up this one and I am seeing a lot of mixed responses. This makes me doubly curious for what the reactions to the second book will be.

And last but not least, I love hearing authors talk about their own books. (Part of why I love author events so much!) So I wanted to make sure to include this clip of Elana talking about Possession.