February 07, 2012
The problem and the promise of a dystopian novel both stem from the same place. When we start a book with dystopian themes we generally recognize much about the dynamics of the world, whether it is like ours or the opposite of ours, we as readers understand it through the lens of our current world. All speculative fiction, but especially dystopian novels, rely heavily on world building. This has long been the keystone to beloved fantasy and science fiction novels.  The issue with the dystopian novel is that the world building in away has to be even more detailed. I think it is easy to assume that the reader is able to fill in the blanks more easily when they are presented with a world that is like their own, but different. But actually I find the opposite to be true; the more like our world the future world is the more questions I have about the transition between the two. 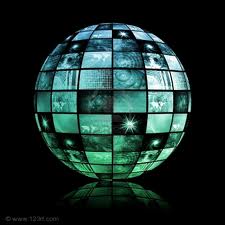 Previous to my recent exploration into speculative fiction I had never really heard of the concept of world building. I actually, in fact, knew the first time I ever consciously registered the phrase. I was listening to the first episode of the Writing Excuses podcast (when they were just a few episodes into recording them) when Brandon Sanderson first mentioned something in passing called world building. It was interesting because the other people on the show knew immediately what he was talking about and he also made the assumption that people listening would too. I, for one, didn't have a clue. I was listening to a podcast about writing yet being faced with a concept I didn't know and was pretty sure I didn't care about. I had spent the previous decade learning about the craft of writing I was convinced that the phrase "world building" had nothing to do with the type of books I wanted to read. This was still on the fringe of my science fiction awakening,

It is interesting how this awakening helped me turn a corner into other great pieces of speculative fiction and exposed me to the concept of world building. It has gone from a tangle of words that mean nothing to me to one of the most important elements of a book for me. Especially when it comes to dystopian fiction, it can be the make or break element. What do I mean when I say world building? This is the government, economy, history, and environment of a speculative fiction setting. World building is all the elements that set the dystopian world apart from the world we currently live in. A dystopian world is supposed to be the future of our own; it should be a world we recognize, and it is the elements of the world building that show us how things are different. The better the world building is the better sense we get of the threat of the dystopian future. 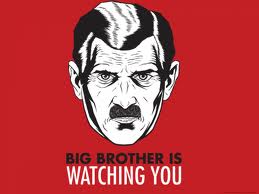 We often become attached to certain books that get an elevated status in our mind. One dystopian book that has achieved this for me in 1984. It was one of the first books I ever read that impacted me in a significant way and it was also the first dystopian piece of literature I ever read.  It was also presented to me as a piece of dystopian fiction and used to help me define my first understanding of the term as a high school sophomore, thank you Mr. Mitchell. I think it may always be the example I always hold other books up to. I doubt 1984 is an example of perfect world building but the (possibly  skewed) images I have of it is close.

This probably makes it hard for novels to live up to my standards of world building.  I have also noticed that one person's view of effective world building is laughable to another. But I know I like to see the world percolate through the story rather than have it be front loaded into the story and quickly forgotten. World building is more than just setting, it is an atmosphere that should play a factor throughout the entire book. A good dystopian book is as much about how the world unfolds as it is about the characters and plot. The unfolding, the discovery that happens with dystopia is massively important to the world building process. We need to see the man behind the curtain. We need to know how the world got this way and see transparently into who is controlling and how they are hiding it by the end of the book. Every question doesn't need to be answered but we definitely need to see enough to ask more questions!

Sometimes when a story's world building feels front loaded it is like the story could happen in any genre. It feels like it has just been plopped in the middle of a dystopian world. A book can often starts with a really nice basis for an interesting concept of the future but these elements are abandoned or mentioned in passing once the characters start interacting with each other. Maybe this type of story can be appealing to others because the turn can make it feel refreshing. But it tends not to work for me.

Unfortunately, the more I read the less I find the balance I am looking for. This is a combination of the flaws of a book together with exceedingly high expectations that can't be reached. It is unfair to want the next book I read to be better than the last one while still expecting it to feel unique. Throughout this month I am working on the lowering of expectations and enjoying reading and books more. Yet despite all of this I do hunger for books with great world building.  Do you have any suggestions of books with great world building? I think good world building is impressive because the amount of thought and time the author has to put into it. Every detail that they can give helps us better see each element that makes a society different from our own.